Hey! Briana here. This is a guest post about Post Partum Depression from my friend Tina at the QweenVlogs.

My name is Tina and I now describe myself as a mother of 2 teenagers and 2 toddlers. Crazy, right? I am a mother of 4, a nursing student at a local Historically Black College/University, work 2 jobs, and sister and friend to many. My journey to motherhood was a fairly easy one. I had my first child when I was 20, my second when I was 22, my third when I was 36, and my fourth child when I was 37. Yes, God gave me the amazing responsibility of having 2 sets of children exactly 14 months apart. My pregnancies were textbook or so that’s what doctors said. I went past my due date with my first 3 children. I was pretty miserable once I got to 40 weeks especially since it seemed like everyone who I was pregnant with had already delivered.

My 4th pregnancy was very different though. I found out that I was pregnant by going to the emergency room for elbow pain. Imagine the look of shock and uncertainty on my face when the doctor did a routine pregnancy test and came back into the room and said, “the X-ray shows that you have tendonitis but your pregnancy test is positive as well.” I had never in my life been so conflicted and at a loss for words. I literally could not quiet my brain and I was speechless.

I was discharged and called my spouse to tell him the news and he laughed. He could not believe it either. We sat down and decided that we were given this surprise for a specific reason even if we did not understand why. I went to my first doctor’s appointment well into my 2nd trimester because accepting this pregnancy was very difficult for me since I was sure that I was done having children at number 3. But God! This pregnancy went off without a hitch and in my 30th week of pregnancy, my spouse and I went on a babymoon to Florida. We knew that we needed alone time prior to welcoming our newest bundle of job. Jacksonville, Florida was an amazing place and the food was delectable.

On the flight back home, I began to feel really different but I was not sure why. When we landed, I began to feel as if my Braxton Hicks had increased. Being a veteran mother, I brushed it off and went to work the same day. While at work on this day, I noticed increased discharge and told myself that I would watch it. I told myself that if it did not stop then I would leave work and go to the emergency room to be monitored. The discharge did not stop and my Braxton Hicks got worse so I decided to leave work.

As soon as I arrived in the emergency room, I was taken to Labor & Delivery and when the doctor checked me, I was already 6cm. I began to panic but the doctor reassured me that if they could not stop the contractions then I would deliver today. Imagine, how in shock I was. My contractions did not stop, I began to hemorrhage, and the doctor made a swift decision to deliver my little one because she was not sure why I was hemorrhaging. I was able to call my spouse and my mother and they rushed to the hospital to be by my side.

I delivered my youngest daughter, an hour and a half after I arrived at the hospital. She weighed 3lbs 11ozs. Her lungs were not developed completely and she was taken to the neonatal intensive care unit. After I delivered her, I was still hemorrhaging so I was taken to the operating room to get a dilation and curettage which is a procedure where your uterus is scraped to stop bleeding. Even after that, I was still hemorrhaging so the doctor had to insert a balloon into my uterus to stop the bleeding. I was discharged 2 days later but without my little one. She spent a month in the neonatal intensive care unit and an additional month in a local children’s hospital so that she could work on not having episodes of her heart rate decreasing, tolerate feedings, and have her nasal tube removed.

These events triggered anxiety and depression in me that I was already aware of but because of all of these circumstances, I was thrust into postpartum depression. Looking back on my life, I remember suffering from anxiety as a teenager but not understanding what it was. I also suffered postpartum depression with my other pregnancies as well but nothing like this. Leaving the hospital without my child, delivering her early, her prematurity, being a breastfeeding and pumping mom, being a mother to 3 other children, and not having been able to save money prior to my delivery caused me unimaginable emotional pain and sent me spiraling into emotional fits, breakdowns daily, and crying, crying, and more crying. I was unmotivated but pushed through for the sake of my family.

I visited the NICU and hospital daily to breastfeed my little one when I could and pump to keep up my breastmilk supply. My little one finally came home when she was 2 months old. Thank God, she came home not attached to anything but my breast. She was breathing on her own and gaining weight wonderfully. The stress of being a preemie mom did not end there. I was in a constant state of survival for my little one and myself since I had almost lost my life during delivery. I realized that I needed help when my teenage son, my spouse, and my mother suggested that I speak to someone about what I was going through. I had done therapy before but it was grief counseling. I wondered how it could help especially since as mothers we have a lot to handle regularly and therapy would not stop the daily responsibilities that I had. Either way, I was willing to try it out. It took months for a therapist to contact me and by this time I had gone back to work and back to school but mentally I was still struggling. My outbursts became a norm in my home and so did my apologies.

When my therapist finally contacted me, I began to cry. I started therapy in February of this year and it has by far been one of the best things that I could have ever done for myself as well as my family. I have been able to talk about past hurt, grief, triggers, coping mechanisms, and a host of other hard truths. During these months of therapy, I was on medication but decided to take myself off since I did not like the side effects. I was initially seeing my therapist weekly but now I see her twice a month but I am able to call her anytime. I have also begun, to be honest with myself and others about how I am feeling instead of holding in my emotions.

Some steps that I have taken on the quest to a healthier mental state is making dietary adjustments, taking vitamins, understanding your heredity, be honest with yourself and others about how you are feeling, and get as much natural sunlight as possible daily. I consume more fruits and vegetables and eat less meat, sweets, and carbohydrates. I take vitamin D daily and I now know that depression and anxiety are hereditary.

My geographical location does not help me combat depression especially since I live in Maryland so I long for summer months since we get more sunshine and the days are longer. I am finally at a stage where I feel that the dark cloud that has been over me is being lifted. I smile more, laugh more, practice self-care, and I am a lot more patient with myself. I have also learned to celebrate my small victories because little by little, I’ve been accomplishing great things.

Tina is a mother of 4, a nursing student, and a YouTuber. Check out her socials below. 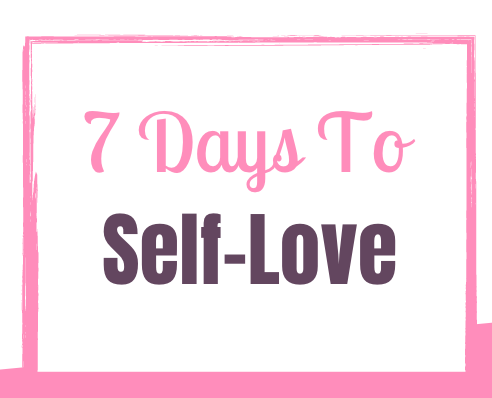